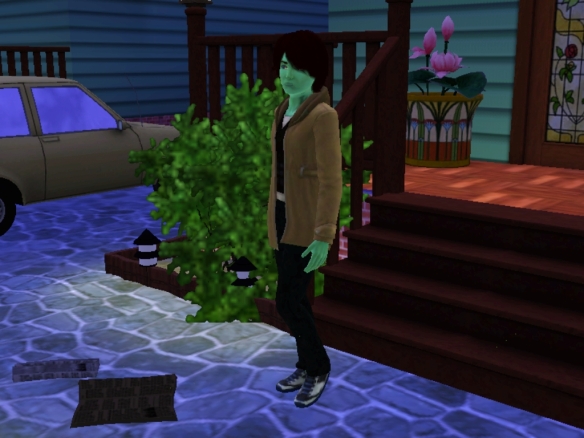 For the past month that name has been stuck in my head. I just had to know who it was. So late one night, I snuck out. It was hard to get dressed without waking Poppy, but I managed. I was gonna take one of the cars, but even though it would take less time it would be more obvious. 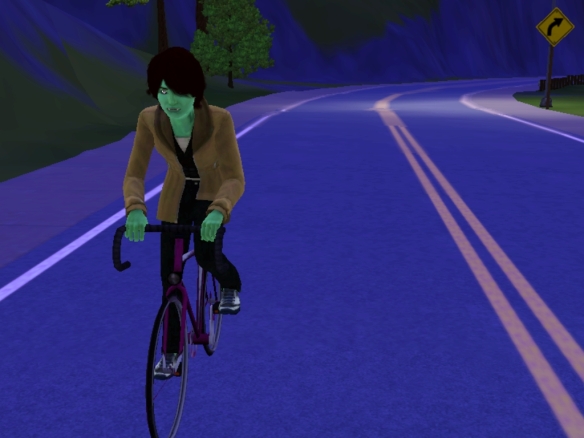 I took my dad’s bike up to the cemetery. Usually, I’d never sneak out. But there’d been rumors around school. One of the girls who lives right by it has been talking about ghosts. It seemed childish at first, but as people started talking about ghosts with wings, I had to check it out. 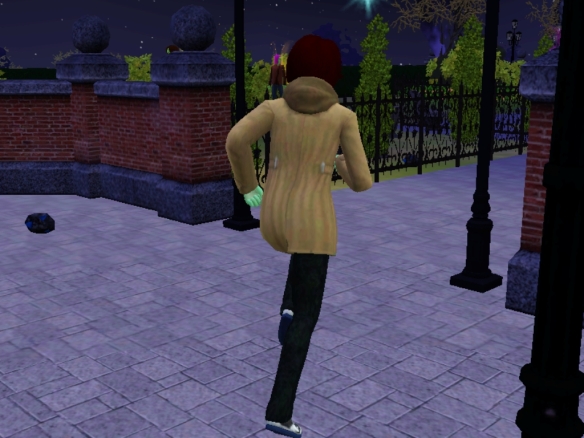 Unfortunately, I wasn’t the only person at the cemetery that night. There were people scattered all around the place, and it made it more likely for me to get caught. But it was too late to back out now.

There was something standing by the grave. Or rather, someone. 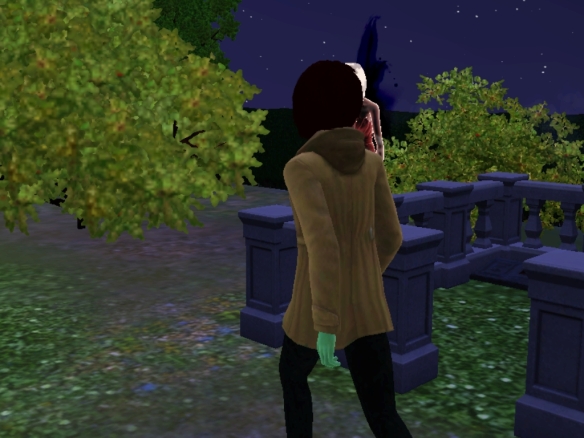 My heart was pounding so loud in my chest I thought it would burst right out. As I got closer, I realized that this figure was a person. She was obviously a fairy, she had dark blue wings sprouting from her back. 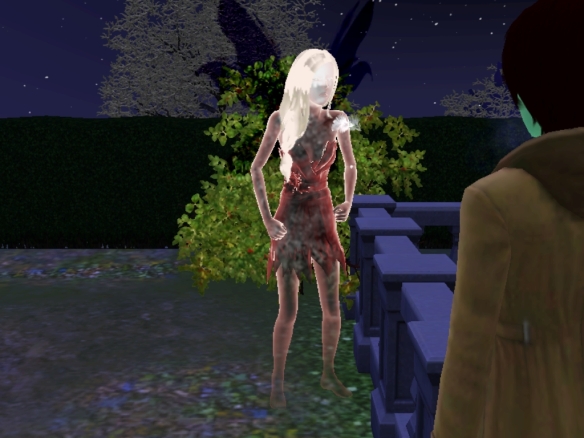 “Hello?” I asked, not sure if she could hear me.

“River? You can see me?” the woman asked cautiously. Her voice echoed and sounded far away, like she was standing on the other side of a cave.

“Oh dear, I’m your grandmother.” She sighed. “You shouldn’t be here. Not at night.”

“What’s your name?” My mom never talked about her mother. She never said anything about her life before the experiment. I never really wondered about my grandparents, I just assumed no one knew their grandparents.

“Flora. I noticed you came by a while ago.” She giggled. 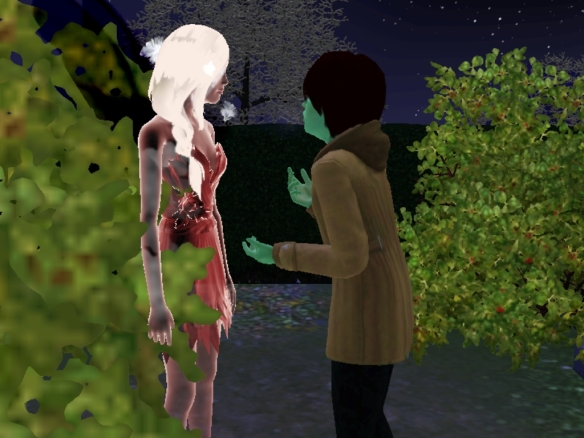 “So we are related. Who’s buried next to you?”

“My husband, your grandfather.” She smiled.

“How did you guys get buried here? I thought you died before the experiment.” It might’ve been an insensitive question, but I was dying to know. No pun intended.

“Well, I died first. Your grandfather was knocked out, and they thought he was dead too. They threw us in a trunk, your grandfather never let go of my body when he woke up, bless him. When they found out he was still alive, they killed him too. They did experiments on out bodies, but when it came time to bury us, they had run out of places in their graveyard. They were still developing this place, so they just dumped us here. They were nice enough to give us headstones though.” She laughed, like she had told a joke. She was a little odd.

“How come they didn’t just cremate the bodies?”

“Good question.” She laughed again. “I’ve got to get going, and you should go too. I’d say tell your mom I said hello, but I wouldn’t want to get you in trouble. Or locked up in a loony bin.” She laughed, and disappeared before I could say goodbye. 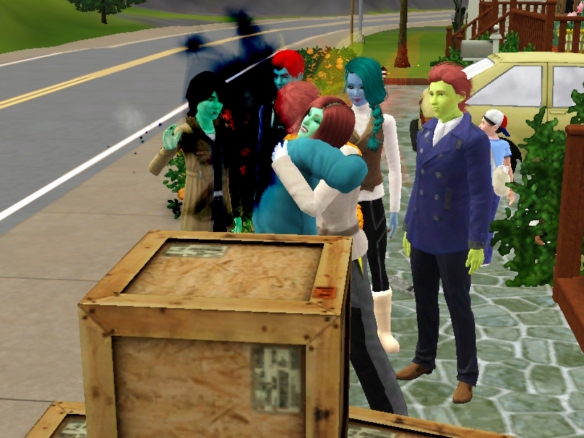 “Dad, we’ll come and visit.” Missy promised. She and Dill we’re both out of high school now, she was in the military and he got a job at the theater.

“I know, but I’m still gonna miss you guys.” He stuttered. 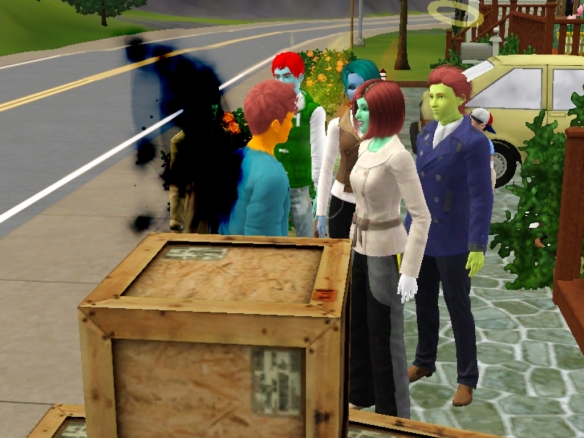 “Bye guys, we’ll call you soon!” Dill said as he and Jeremy put the boxes in the truck. We all waved at them as they drove off. 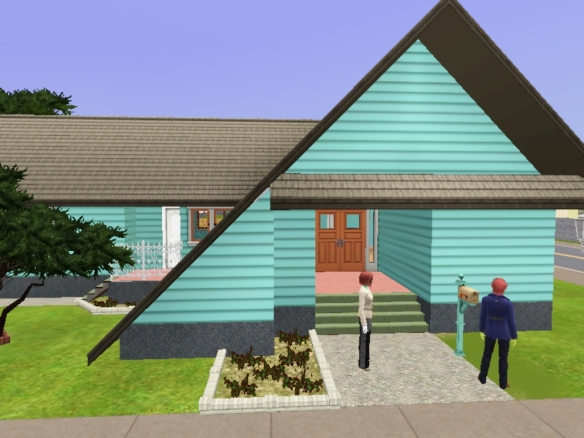 Their house was just down the mountain from us, so I knew we’d be seeing them pretty often. But still, it was gonna be a little strange without two of our babies at home. 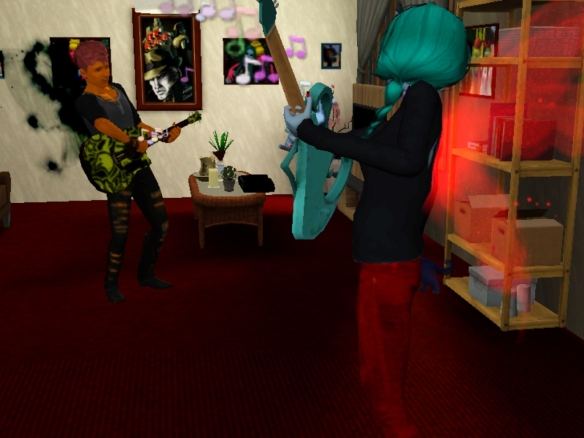 “Babe, do you think they’re gonna be okay?” Jeremy asked for the thousandth time that night.

“Yes, I think they’re gonna be fine. They’re adults now.” I picked up his guitar and handed it to him. “You’re stressed.”

“Thanks Prim, you always know what to do to calm me down.” We spent that night jamming random songs, something we used to do when we were younger. It was nice. 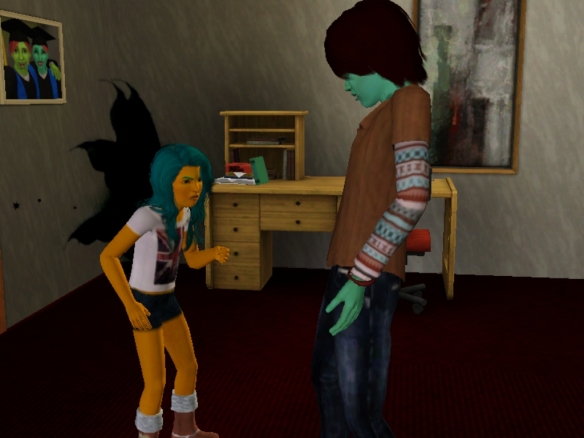 “I am so sick of you!” I yelled at my dumb brother.

“What did I do?” He stuttered. I almost laughed, it was funny how nervous I could make him. 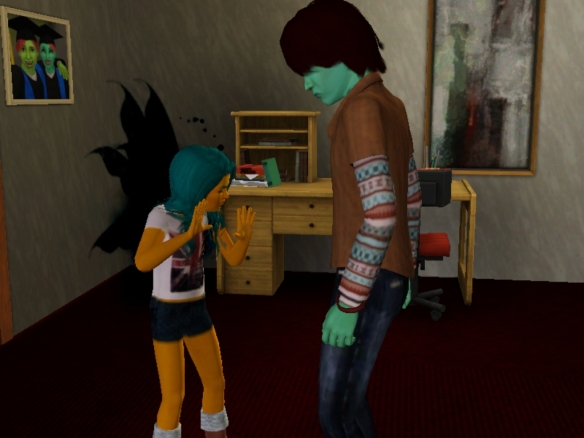 “You are so freaking lame! All you ever do is play video games or make dumb things with that table out back!” My brother was such a nerd, it was so embarrassing. I didn’t even want to call him my brother.

“So? Why does that bother you?”

“Ugh! Because, if you’re lame people will think I’m lame.” I rolled my eyes. How are we even related?

“That doesn’t make any sense.” 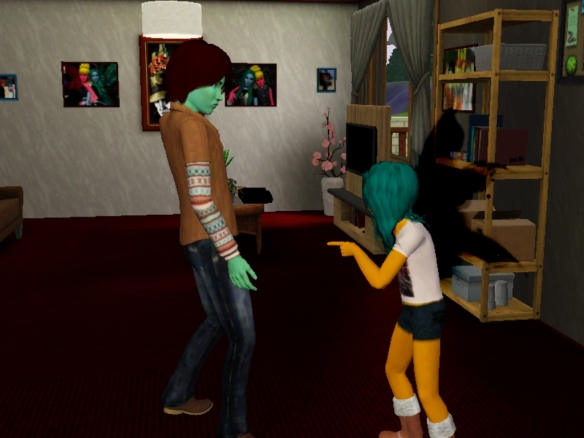 “You are so stupid. Don’t even talk to me. I’m tired of seeing your face every single freaking day.”

“Poppy, we share a room.” He bit his lip, trying not to laugh.

“Whatever.” He crossed his arms.

“Oh, and stay away from Clover. Shes MY best friend.” 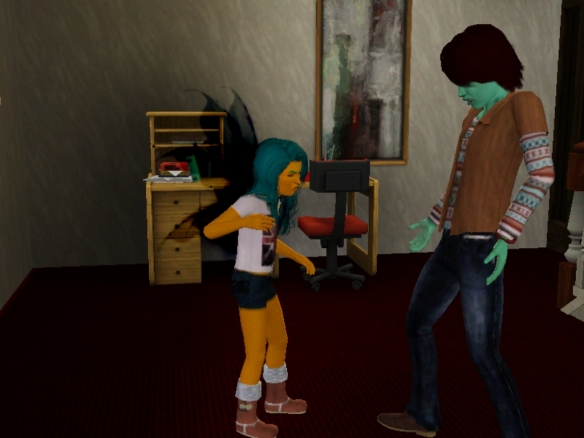 “What? Clover chooses to hang out with me, it’s not like I force her too.” He muttered.

“You sure she feels the same? Why do you think she always leaves you for me?” He laughed. I restrained myself from slapping him, Mom said if I hit him again I’d be grounded all summer.

“I hate you River.” I stormed into the kitchen away from my dumb brother. He was ruining my life. 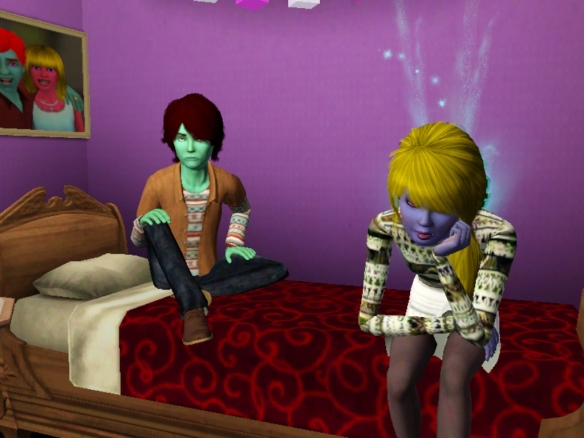 “There’s nothing to do, the rain sucks.” Clover complained. It was her birthday, she had been planning a party at the beach but had to cancel due to the rain.

“Sorry, Clo. We could go play video games?’ I suggested. Clover was really my only friend around here since Misty left. Poppy told me to stay away from her, but I’m not gonna let a child tell me who to hang out with. And besides, Clover likes me better.

“Then what do you suggest we do?” She looked back at me and sighed.

“Of course I like you, you’re my best friend.”

“No, I mean romantically.” She smiled nervously and pulled her legs up on the bed.

“I really like you, River. I know I’m younger than you, but I’m willing to try and make this work.” She was speaking really fast, I knew that was a nervous habit of hers.

“I-I don’t know what to say.” She laid her palm down on my knee and smiled. “I’ve never really thought about you that way.”

“Then think about it, if it repulses you then I’ll back off. But if it doesn’t, would you want to try?” I thought about it for a moment. Clover and I got along really well. We liked a lot of the same things, and we enjoyed spending time together.

“Clover, you don’t repulse me.” She smiled wide and laid across me. 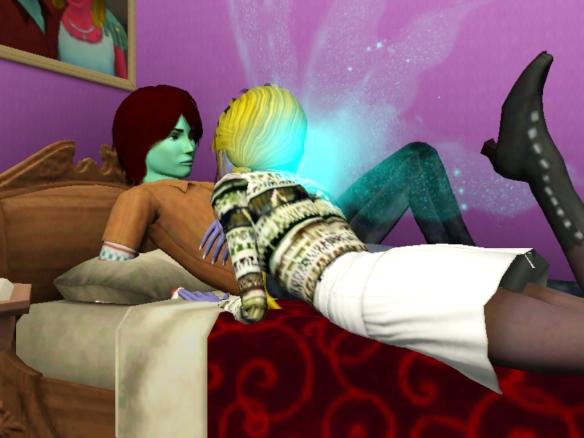 “Do you really mean that, River?”

“Of course. But what about our parents? I mean, I’m older than you. It could be weird for a while.” Her dad was in the military, he kinda scared me sometimes.

“We can keep it a secret until I’m old enough.” 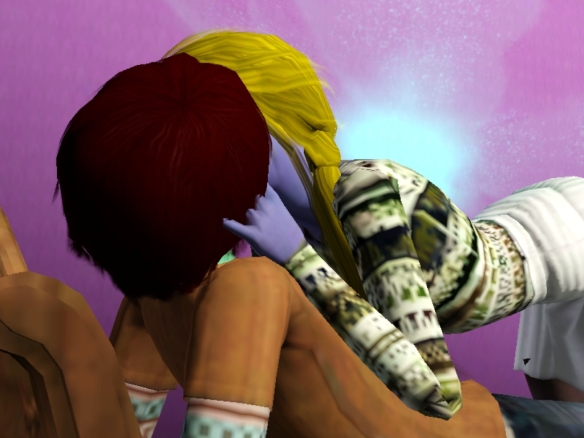 She swung he leg over me and kissed me hard on the lips. She caught me off guard, I was so shocked I almost bit her tongue. But I didn’t, so I kissed her back. Kissing was something I wasn’t very experienced in and I was pretty self conscious. I didn’t want her to think I was a bad kisser.

“I’m so glad you’re gonna try, River. I’ve been dreaming about this for so long.” She told me when she pulled back for air.

“I had no idea.” She laughed and kissed me again. 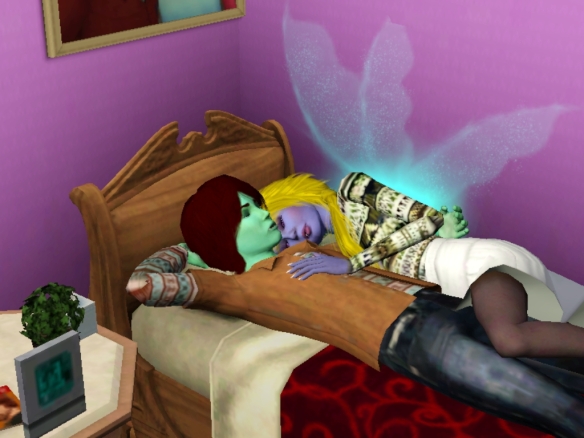 For the rest of the evening we alternated between making out and talking. Now, we were cuddling on her bed just talking. We were chatting about school, our friends, and our after school activities.

“River, did you know my mother, before she died?” She asked me suddenly.

“I-I did.” Chrissy wasn’t someone I liked talking about.

“I was only four when she died, I don’t remember that much about her. But I do remember that she was really loud, and she laughed a lot.” I answered honestly. “My mom and her were best friends, I bet my mom could tell you all about her.”

“I’ll have to ask her.” She smiled sadly. I couldn’t imagine my life without my mother. She was one of my best friends, no matter how lame that sounds.

“It’s getting late, I should probably head home before my mom suspects something.” We sat up and I shrugged sadly. We climbed off the bed and she walked me to her bedroom door. 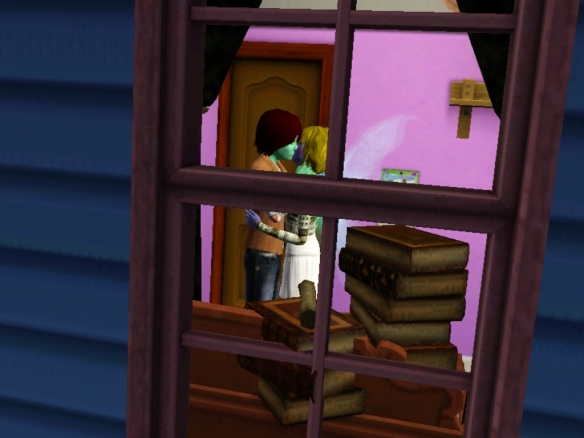 “Goodnight River.” She shifted slightly onto her tip-toes and kissed me. I touched her face gently and pulled back.

“Goodnight Clover, sleep well.” I pecked her one last time and left her bedroom. I touched my lips gingerly, they were swollen from all the kissing from the day. Hopefully mom won’t notice. I thought to myself as I headed down her stairs. 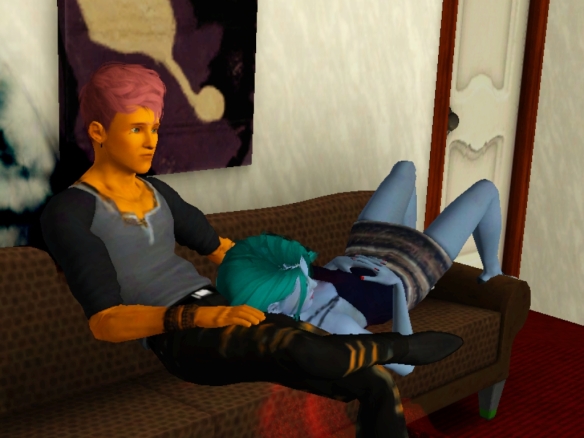 Now that all of our kids were out of the house during the day, Jeremy and I had some alone time. We worked nights so we slept in and just hung out around the house. Today started out just like any other. Jeremy and I were on the couch watching a random movie, just enjoying each others company.

Our down time was interrupted when the doorbell rang. “I’ll get it.” I told my husband, pulling myself off the couch. I threw the door open carelessly, expecting the maid. But the person behind the door was definitely not our maid.

I couldn’t breathe. This couldn’t be real. I must have made some kind of noise, because Jeremy jumped up from the couch and was behind me in a few seconds. 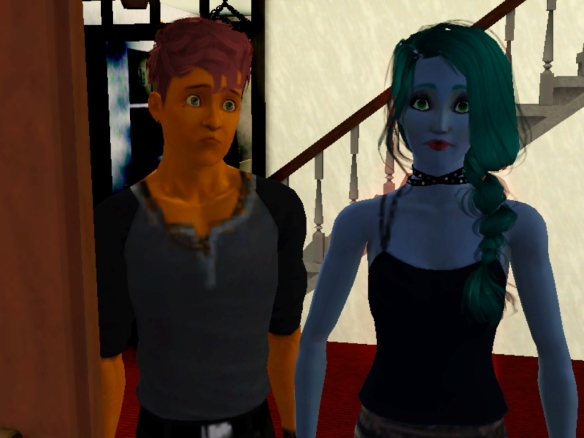 I hadn’t seen him in so long. He was obviously much older now, and he looked so different, but I knew it was definitely him.

“H-how,” I started, but then I remembered he couldn’t hear me. I fumbled with my hands, trying to remember the sign language I learned all those years ago.

“Prim, I can hear you just fine.” He said, his voice was deep and scratchy, like it had been strained recently. 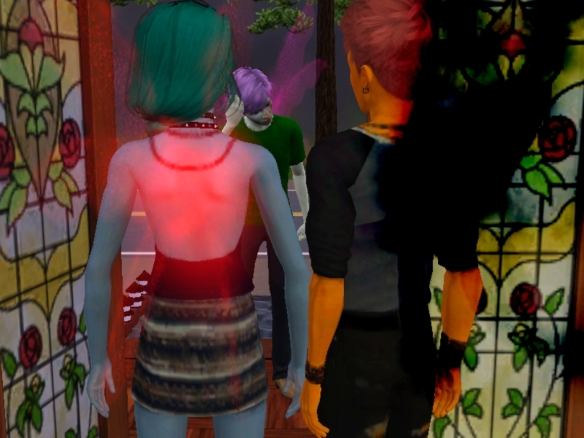 “Oh god, of course, come in.” I ushered him in, getting a closer look. 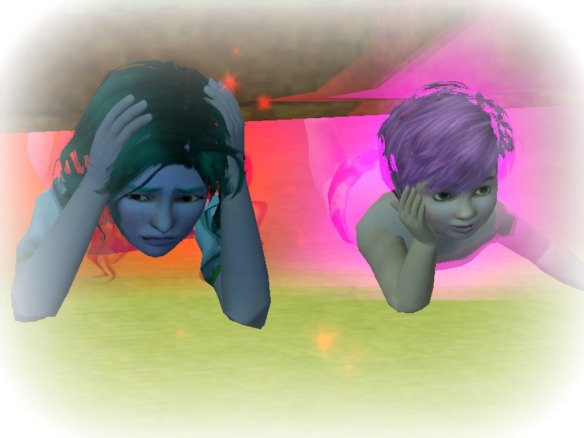 Despite the huge scar covering his face, I knew without a doubt this was my baby brother.

A/N Sorry this chapter is a little all over the place. But I think Prim is gonna have 3-4 more chapters, and then our next heir will take over. I’ll put the heir vote up soon (probably later today or tomorrow), before Prim’s gen is over so I can have it up while I play/write and so I can focus more on the winner’s story. Thanks so much for reading, it means so much!